The baby is here - and the whole family life is suddenly turned upside down! Days and nights are no longer what they used to be. That is why we are committed to ensuring that your baby's sleep is as calm and healthy as possible. That is possible with the Babydorm pillow!

Best sellers Relevance Name, A to Z Name, Z to A Price, low to high Price, high to low 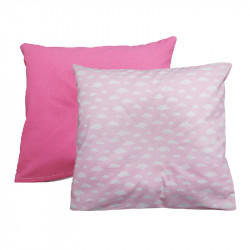 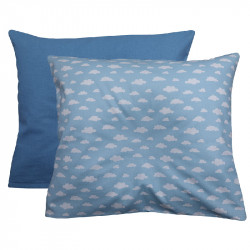 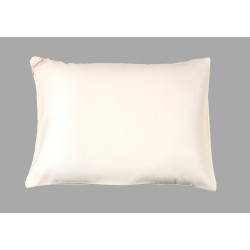 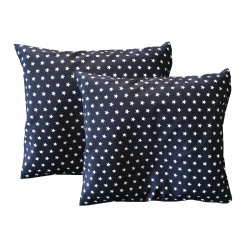 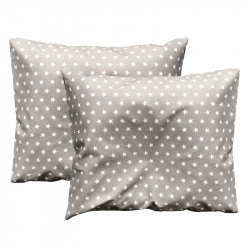 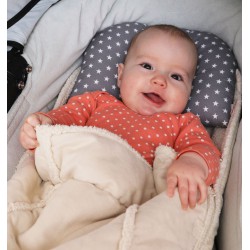 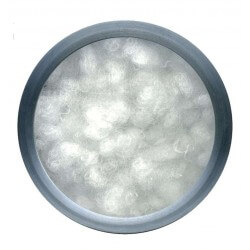 How can you prevent a flattened head in a baby?

Many studies have shown that babies are best placed on their backs to sleep. This ensures, among other things, free airways and reduces the risk of sudden infant death.

It may happen that your child develops a preferred position and often or most of the time puts the head in the same position. Because the skull bones of infants are soft and malleable in the first months of life, the skull can flatten.

What can you do against the deformation or flattening of the head?

Skull flattening occurs in about ten to twenty percent of all babies in the first weeks and months of life. About 90 percent of the head asymmetries found in babies six weeks or later are due to positioning.

You can create incentives for your baby so that your child turns to the unaffected side (for example with light, toys, or side food.) Carrying your baby during the day also helps and, when your baby is awake, you can supervise your child on the tummy. This strengthens the muscles and also encourages you to lift the head.

Does the Babydorm baby pillow work against a flattened head?

The Babydorm pillow can prevent the flattening of baby's head. The special thing about the pillow is that the baby's head floats evenly in the hollow above the mattress - without one-sided pressure.

The Babydorm pillow was first launched in 2006 and was the first of its kind at the time.

Is the Babydorm pillow safe?

During sleep, as a parent, you cannot continuously correct your baby's head position, so using a recessed baby pillow can help with this. The head floats in these pillows above the mattress. The weight of the head is distributed evenly and the flattening of the skull can be prevented or improved. The original among these pillows is the BabyDorm pillow that has been around since 2006.

Is the Babydorm pillow suitable for all ages?

How does the flattening or deformation of a baby's head occur?

A baby's head consists of skull plates that have not yet fused together. That makes sense, because the softness and flexibility facilitate natural birth and the rapid growth of the head in the first months of life. However, the skull can also deform during this period. This is usually caused because your child regularly lies with its head turned to one side.